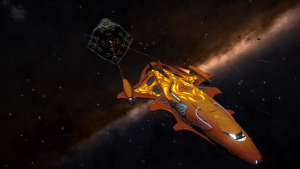 With Beta 3 being released as we record we take some time to discuss our hopes for Beta 3, We discuss VR on a budget, and also take time to give attention to the main Factions in the Elite universe, yup Imperial, Federation and the Alliance, will you change your allegiance once you hear the truth?.

We also chat about the beta 3 features with commanders live in teamspeak.