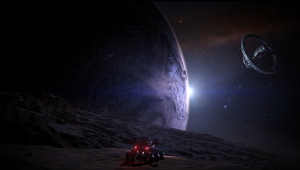 The Horizon has landed, and we cover the weekly news, and discuss our review of season 1 of Elite: Dangerous.

That’s it for another episode of Lave Radio. If you would like to get in touch with the show then you can email info@laveradio.com, facebook/laveradio, @laveradio on twitter, you can join the skype chat channel by adding Fozza101 to your skype contacts. Or you can join our TeamSpeak server where commanders come to hang out an chat: laveradio.teamspeak3.com  Lave Radio is recorded live on a Tuesday evening at 20:30 and streamed out on https://laveradio.com/live/

Thanks to [whoever], thanks to those commanders that have joined us outside Lave Station.
Until next time fly safe, and if you can’t do that…fly dangerous!