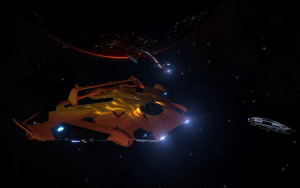 Two weeks of updates, more speculation on the future and WAR in Lave! To the War Machines..