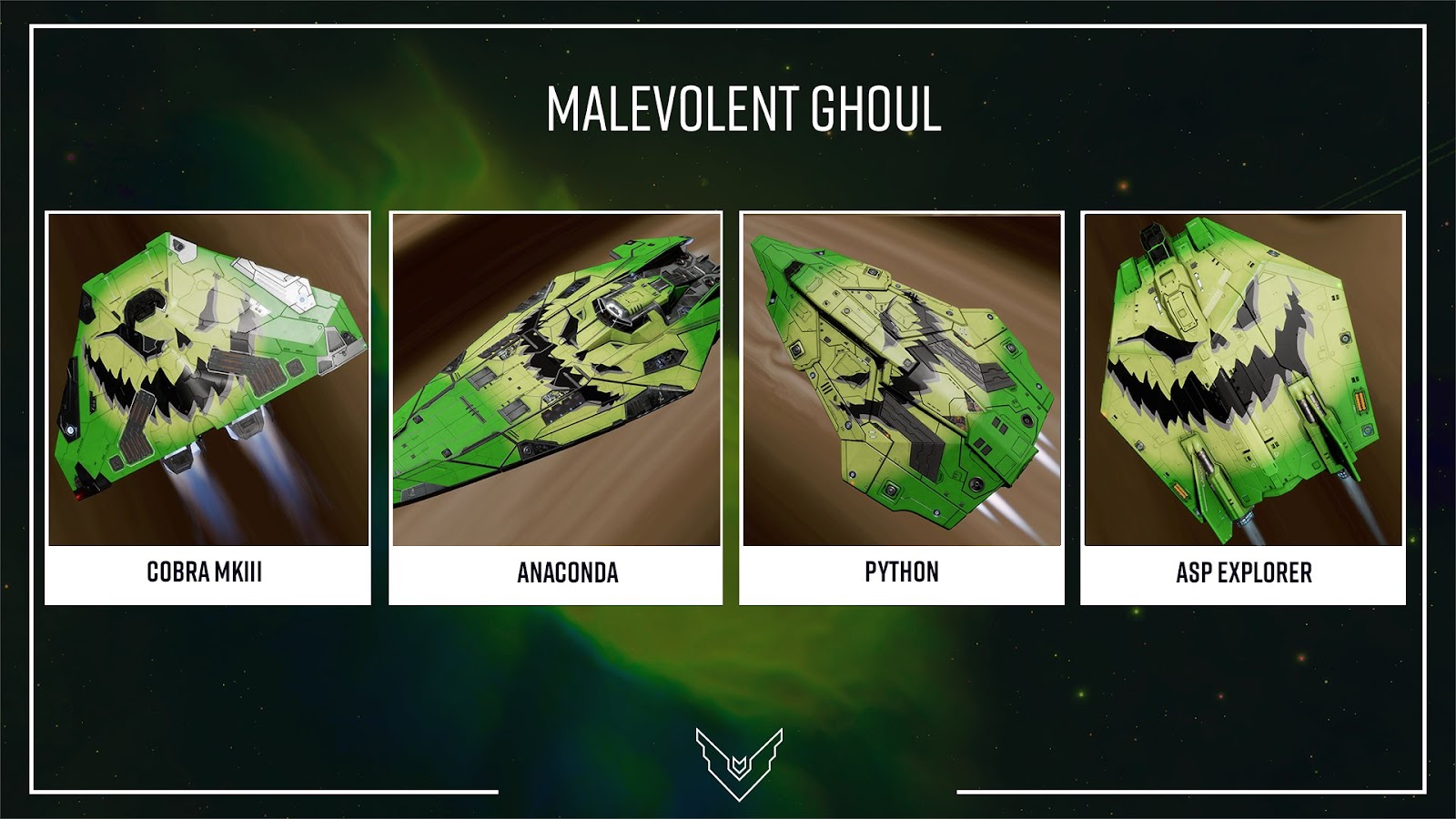 Join Arthur, Bruce and Sally this Thursday on Twitch from 16:00 BST, for a Frameshift Live ‘Halloween Special’, to collect these extra eerie paint job drops!