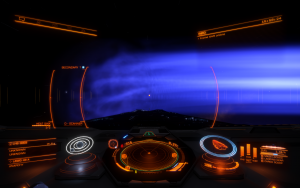 Round and Round the Station the Combat Logger Ran